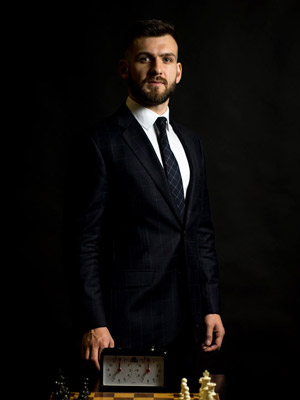 Cristian Chirila is the coach and manager of the MU’s Chess team. Originally from Bucharest, Romania, Coach Chirila started playing chess as early as 5 years old. Chirila traveled the world to compete in chess tournaments and won his first national championship when he was 8 years old. He completed his Grandmaster title just before his 18th birthday. Soon after, he received an invitation to attend the University of Texas at Dallas on a chess scholarship. Here, he completed his BA in International Political Economy, after which he moved to the Bay Area to pursue a career as a chess professional. His vision was to build a collegiate chess program at a Division I university, and in 2019 that vision became reality when Mizzou partnered with the STL Chess Club to plant the roots of a chess program at the University.